Producing water without carbon emissions is the goal of EcoSkyWater a company that produces pure drinking water from the air using ZeroMassWater Sources units. The owner wanted to develop a completely ecofriendly production plant, so he wanted the power to be supplied by renewable energy. The system had to be completely autonomous, reliable and stable.

EnSmart knew this was possible with our inverters and charge controllers. The plant started with a power requirement that was not fully known at the time. The initial requirement was for a split-phase system to power air condition units, lights, office equipment, water pumps and a small bottling machine and bottle caping machine. The system was started with two xtm 3500-48 inverters, three vs 70 charge controllers, four 5KWH Soltaro lithium batteries and 24 330W panels. 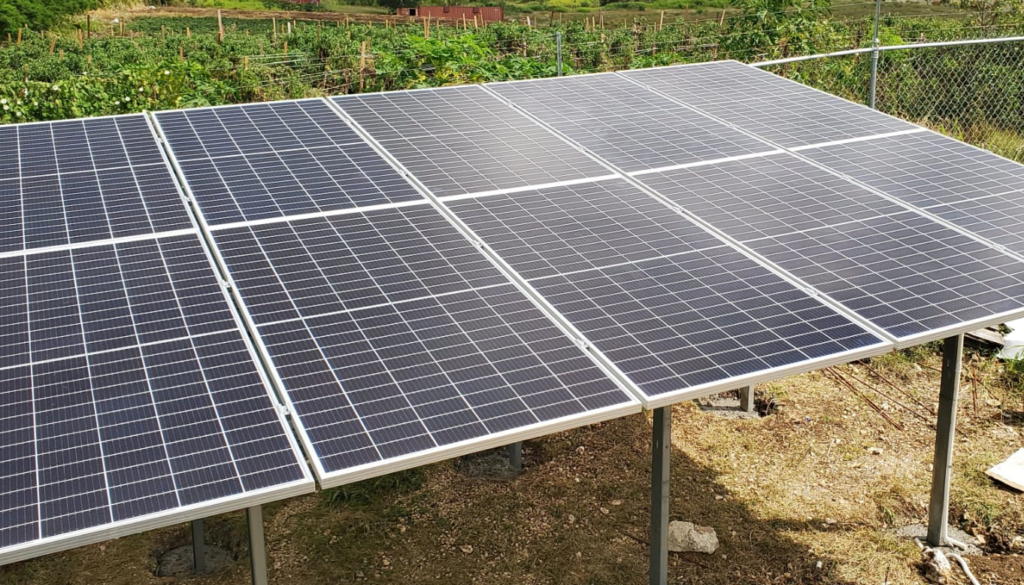 The system’s evolution to produce the necessary energy

Once the first plant was operational the demands on the system grew quickly as the owner evolved the product offering and there was a requirement for three phases. This was not a problem for our xtender series, so another xtm 3500-48 was added and the system was reconfigured. However, the plant power requirement continued to grow and started to push the xtm 3500 to the limit. The owner wanted to upgrade but did not want to lose his investment, so the solution was to add two xth 6000-48, one for two of the phases and then combine the existing three xtm 3500 to work at the third phase. EnSmart also added more panels 12 400W panels. 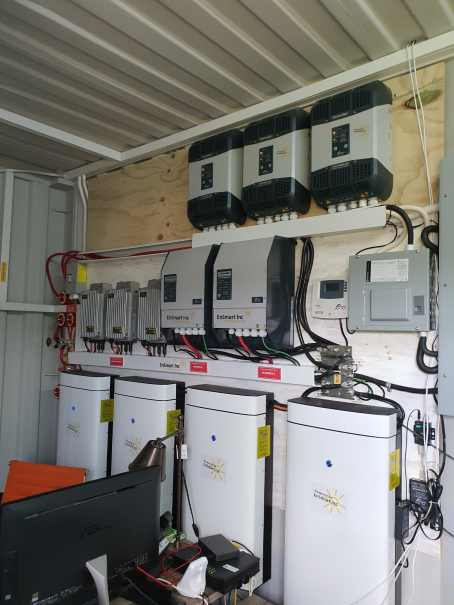 How about the project?

The client is happy with the solution. It runs his plant every day and produces power for a variety of functions, while keeping with his ecofriendly philosophy.  The plant maintains a zero-carbon footprint and operates autonomously from the grid. EcoSkyWater is currently expanding to other countries and has formatted their product into an all-encompassing offer in which they are looking to include studer.

North America, autarky, variostring, xtender
Offgrid water pumping station in Colombia
High altitude world record expedition
We use cookies on our website to give you the most relevant experience by remembering your preferences and repeat visits. By clicking “Accept All”, you consent to the use of ALL the cookies.
Read More Reject All Accept All
Manage consent