We went for the solar autarky!

Lynda and her family had the idea to install a solar system at home. Convinced of the renewable energies’ role in the transition, they were also interested in gaining independency from grid fluctuations and uncertainties. They discussed with their neighbours and came to the conclusion that they could join forces. They aggregated the two installations in one single project, sharing the concept and material procurement for a more efficient budget.

Reducing the reliance on the public grid but without cutting themselves off completely, was what Lynda wished for. As a factory operator for Studer, she knew well the advantages of a solar autarkic installation, powerful enough to feed the household’s electrical consumptions, including the heat pump with clean, renewable energy. “We wanted to reduce our ecological footprint and protect ourselves from the fluctuating prices of electricity and oil-based fuels, and also save money”, -explains Lynda.

Lynda’s family shared their view with their neighbours, which were looking for options to take the next step for managing their own energy. They spoke with smartsuna, a local company supporting the implementation of solar autarky systems in the region. Thanks to a dimensioning and estimate study, they were proposed a similar solution and they could share the costs in a single project incorporating the two independent turn-key installations.

By installing a next3 inverter/charger, designed to operate both on-grid and off-grid, they could choose how to use their energy. The system intelligently covers energy needs, whether for direct loads, such as lights or appliances, but also for heating the house or even for charging an electric vehicle. “We were aware of the investment it meant, but we have chosen a high-quality product that will assure the best performance throughout the years. I know this first hand, as I have been working in the factory for over 20 years. We are a local company that gives a lot of importance at customer relations, including very responsive technical support. You can literally forget about your installation for years”-adds Lynda. 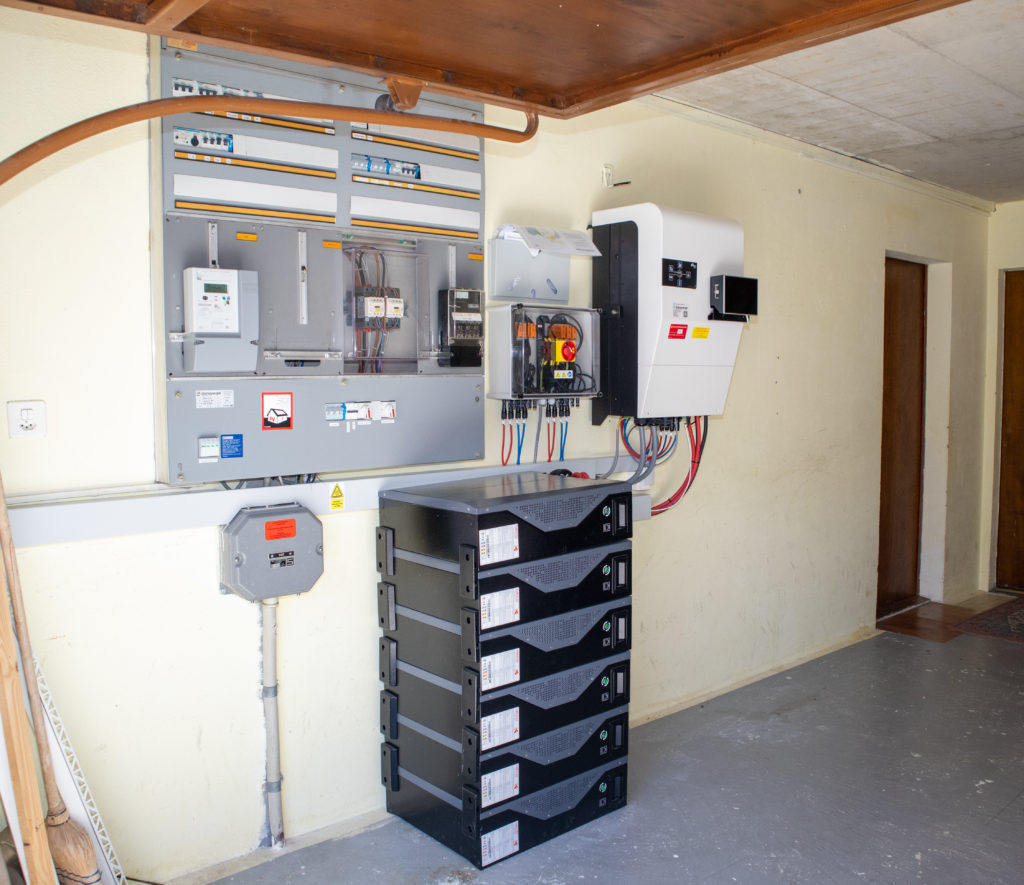 Lynda and her family are now largely independent from the grid, which means self-sufficient in solar energy. Annually, more than 80% of the consumption comes from solar energy, including wintertime. This represents a reduction of 2.4 tons of CO2 per year. The fluctuations in productivity depend on the season, due to the weather and consumption peaks. Adding batteries to the system allows the energy produced to be stored. If the storage is full, the surplus is sold to the public grid. “The financial benefit is obvious to us, and this low-maintenance is absolutely priceless.”- explains Lynda.

Installing a next3 like Lynda’s is profitable in about 10 years. Compared to a purely solar installation without storage and smart inverter-charger, which is closer to 20-25 years, the return on investment is relatively short.

Both Lynda’s family and Lynda’s neighbours are now reassured as they have secured their electrical provision for the next 20 to 25 years. The installation is very stable and aims at the highest possible self-sufficiency. Their electrical bill is close to 0 even if electricity prices continue to rise. And their full electrical supply is secured in case of a potential blackout.

Europe, Switzerland, autarky, next3
Swiss home of autarky
Solar Butterfly, climate pioneer world tour
We use cookies on our website to give you the most relevant experience by remembering your preferences and repeat visits. By clicking “Accept All”, you consent to the use of ALL the cookies.
Read More Reject All Accept All
Manage consent